China-Africa Cooperation: Towards an Efficient and Effective Enforcement of Foreign Judgments and Their Implications for African States 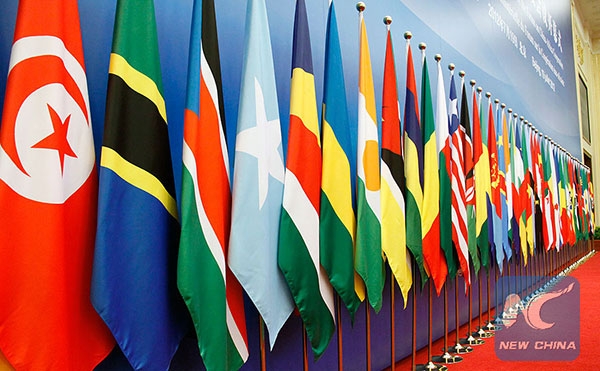 The earliest attempt at continental cooperation between China and Africa was as early as 1955 at the Asia-African Conference wherein critical political questions of their role in the cold war, economic development and decolonization were discussed. Great progress has been seen since that initial contact through establishments ranging from economic, political and social levels.

Over the years, the cooperation has seen the creation of the Forum on China-Africa Cooperation (FOCAC) whose greater vision is to forge a stronger community with a shared future through extensive consultation, joint contribution, shared benefits, openness, transparency and a win-win result.  The key areas of cooperation range from high-level visits and dialogue, consultation and cooperation mechanisms, contact between the legislature, political parties and local governments and cooperation with African Union and sub-regional organizations in Africa among others.

With the Africa Continental Free Trade Area (AfCFTA), which came into force late May 2019, so far bringing together 52 African Countries creates the world’s largest Free Trade Area in the history of World Trade. Having a diversity of peoples and varied economic development standards across continents, AfCTA provides Africa a grand opportunity not just for intra-African trade and development but also an enormous prospect for continental engagement in trade, investment and development as a bloc with China and other global regional groups like USA or EU.

Under the Fifth Ministerial Conference Action Plan 2013-2015 of FOCAC consular and judicial cooperation was a key area covering exchanges and cooperation in the judicial, law enforcement and legislative fields, including preventing and fighting transnational organized crimes in accordance with bilateral treaties and multilateral conventions. Though in the Action plan for 2019-2021, judicial cooperation has been excluded. This can mean that it was successfully implemented under the previous action plans or it has since become an irrelevant issue to the parties.

Perhaps another explanation is the Civil Procedure Law of the People’s Republic of China provides for Judicial Assistance in its Chapter 29. It recognizes international treaties or reciprocity arrangements and requests for ‘mutual assistance in service of legal documents, investigations, collection of evidence or other litigation actions.’ Such assistance may be rendered through channels provided in the treaties or diplomatic channels. Under article 267, a legally obtained judgment by a foreign court may be recognized and enforced in accordance with the procedures.

There exist over 30 BITs between China and individual African states with Ghana being the first African country to have signed a BIT I 1989. An overview of the BITs, according to the 2010 UNCTAD report describes China-Africa BITs as characterized by forms and platforms for dialogue supported by frequent high-level official visits; Non-interference in internal affairs of partner countries and distanced relation from policy conditionality. The BITs also emphasize the use of official flows to promote trade investment activities in Africa and financial contribution is not considered as aid but as “expressions of solidarity and cooperation born out of shared experiences and sympathies”. Most of the BITs with the individual states have variations in their provisions. The earlier generation of BITs seemed rather lux with China leaving open options of choice of law, jurisdiction, and forum compared to more recent ones.

A careful study of the various BITs reveals variations in the provisions with regard to dispute settlement, treatment, expropriation, jurisdiction, choice of laws and enforcement of foreign judgments. There are certain disputes for settlement of quantum of compensation in cases of expropriation, which are subject to domestic judicial processes of the host countries. Some disputes can be set for arbitration under the International Center for Settlement of Investment Disputes (ICSID). Some of the BITs, especially of China-Ethiopia, leave the appointment of arbitrators to the ICSID secretariat

There is a need for deeper legal exchange in terms of training to enhance understanding of the various legal systems operating between Africa and China. Candid alliances between Chinese and African legal minds must be facilitated to catalyze the intermarriage of the legal systems, develop organic theories that are effective and workable for the cooperating countries. Perhaps, and more emphatically sticking to already established mechanisms that allow for enforcement and clear rules of engagement like ICSID to which many African nations and China are parties would come off handy.

Adopting Alternative Dispute Resolution (ADR) mechanisms grounded among others on similar cultural justice approaches is handy as opposed to the adversarial system. China’s foundational legal philosophy anchored on Confucianism, which seeks harmony and peaceful settlement of disputes; a philosophy buttressed in several traditional justice mechanisms among the African peoples should be encouraged. This shouldn’t be at the expense of cardinal universal values such as the rule of law and upholding fundamental human rights.

There is a need to review some of the BITs with the view of aligning their provisions to enhance a better dispute settlement and also enforcement of foreign judgments between individual countries and China, especially where such provisions are lacking. China and Africa need to sign reciprocal arrangements to facilitate development and trade.

With an established AfCFTA functional, as individual member countries engage in the sturdy task of negotiations of Tariffs and attendant trade-related matters, keen emphasis must be placed in developing AfCFTA into a bloc so that Africa transacts and negotiates and signs BITS at the continental level as opposed to signing BITs with minute entities. This will strengthen Africa’s capacity to negotiate BITs that have better terms for the whole bloc especially in areas of dispute resolution and enforcement of foreign judgments.