The Dispute Settlement Mechanism under the African Continental Free Trade Area: Assessing Stimulants to its Vitality 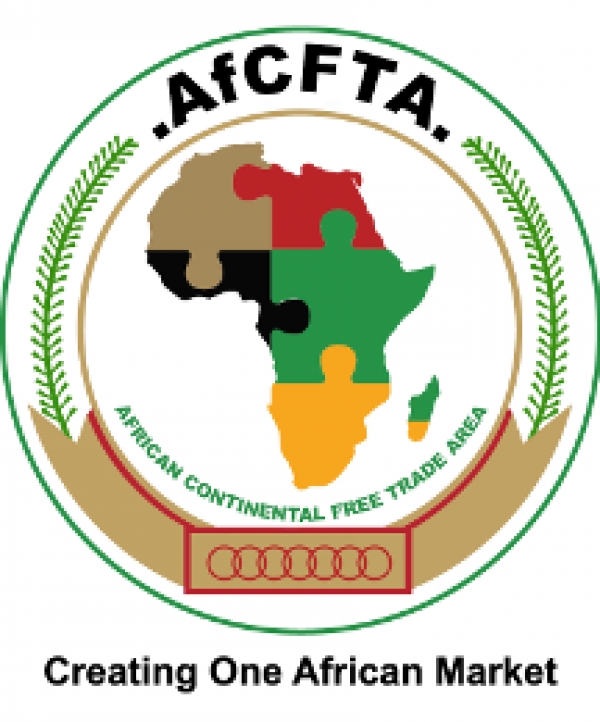 For Africa to embrace its proclaimed destiny in Trade and Continental Development, a diabolical leap into the economic and infrastructure development must be crafted and implemented. With varying figures looking all rosy, taking stalk of the legal and policy issues along with steps to improving them goes in the right trajectory.

The African Continent is dotted with an intersection and array of Regional Economic Communities (RECs). Focused on this strength, the African Union (AU), successfully drew 44 of its membership to sign to a historic and monumental Agreement Establishing the African Continental Free Trade Area (AfCFTA) with a grand plan to boost Intra-African Trade, promote a single market for goods and services and create a better integration of the African peoples under the auspices of the Pan African Movement among other objectives.

The impact of this will most likely deconstruct the RECs and diffuse the continent into a possible economically gigantic block. The complex process of integration of a continent with its multi-cultural and development diversity beckons the role of a credible dispute resolution mechanism resourced and equipped to effectively and efficiently resolve trade and investment related conflicts.

The Dispute Settlement Mechanism under AfCFTA

Article 20 the AfCFTA provides for the establishment of a Dispute Settlement Mechanism to be administered in accordance with the Protocol on Rules and Procedures on the Settlement of Disputes (PRPSD). Article 2 of the PRPSD projects a dispute settlement system that is transparent, accountable, fair, predictable and consistent with the provisions of the Agreement. The Agreement means the Agreement Establishing the African Continental Free Trade Area and its Protocols, Annexes and Appendices, which shall form an integral part thereof. (See Article 1 of the AfCFTA).

The Protocols and the Agreement will enter into force after 22 member states have ratified the agreement pursuant to article 23. The Dispute Settlement Body (DSB) is thus envisaged to handle disputes arising between state parties regarding obligations under the AfCFTA. Member states are set to enjoy security and predictability within the trading system as decisions and recommendations of the body seek to achieve satisfaction from mutually agreed settlements.

To realize these benefits most urgently, member states need to be encouraged to ratify the AfCFTA in earnest to achieve the requisite numbers. This dispute settlement mechanism could perhaps dissolve some existing inter-state conflicts like that between Uganda and Rwanda, Rwanda and Burundi as it would offer an alternative but a much broader context involving other third parties outside the regional levels. Perhaps, the necessity and credibility of such a body is most required now than ever. What then would add credence to such a dispute resolution mechanism?

First, there is need to re-indoctrinate the African States with the cultural shift that embraces the rule of law, constitutionalism and the long acclaimed dictates of modern democracy. A number of the African states still struggle with the basics of democratic governance across the continent. With an exposed population now more enlightened and desperate for an efficient, effective government able to deliver goods and services, the call stands firmly entrenched for democratic culture and practice. This culture will feed into the institutional development and creation of the desired space and political will that can deepen meaningful integration and offer certainty and predictability.

AfCFTA has been signed at a time many countries in Africa lag behind in critical development spurring infrastructure like electricity, road networks, rail networks, air-transport networks, internet connectivity, technical barriers, tariffs and non-tariff barriers to trade. With the AU spearheading prospects for a Single African Air-Transport Market; The African Passport and Free Movement of People among others are key strategic channels. These would no doubt offer more connectivity, movement and integration processes making the functionality of such body meaningful.

Without any doubt, technology plays a very central role in the integration process of such diverse continent. Trade across the African continent will deeply align with technological integration and use. The use of e-commerce would then become pivotal across Africa calling for specific attention. The AfCFTA has not in specific terms captured the essence of harnessing the centrality of the role the Internet and e-commerce can play in the greater integration of the African Continent. Developing a Protocol on ICTs and issues of cyber security must become critical to a dispute settlement body. Building an internet infrastructure for Africa and improving the policy and legal infrastructure in a harmonized approach to sort the privacy and data protection, connectivity, reduction of costs of accessibility are very critical. Online Dispute Resolution mechanisms may also have to be developed to resolve resultant trade conflicts.

Information about the AfCFTA has been scanty among the African population making the propagation of the African Continental Integration estranged from the people that matter most. Sensitization of the population and capacity building of individual Africans to capture these issues, and prepare to participate at a continental level is key. The business and investor community must be sensitized about this dispute settlement mechanism. A key service sector to capture are the legal professionals who should engage in providing the much needed expertise, practice and rendering of decisions that impact on trade and investment in Africa.

The AfCFTA and the institutional frameworks established thereunder are cardinal to achieving greater intra-African trade and a broader integration of the African peoples. The Dispute Settlement Mechanism though not in force is a necessary institutional framework that will guarantee certainty and predictability in the trade and investment sector. Nonetheless critical software like the culture of constitutionalism, observance of rule of law, strategic infrastructure and technological development coupled with intensive capacity building and sensitization will enhance the institutional functionality of the DSB to achieve the desired objects.